I’ve been AWOL for a while on the blog but I’m back with a bang. It’s time for another series and I’ve decided the new series would this time fall into the lifestyle category. Drum roll please… Welcome the Cape Town on a Dime series – exploring the world class Mother City on a budget! Because times are tough but hey, who wants to sit at home all day! You might know some of the places we’ll be visiting, you might not. One things for sure though, it will definitely be wallet friendly. All photos in this series will be taken with my brand spanking new iPhone 6 (yes I am bragging) because one can’t be held down by a bulky DSLR camera (bless their beautiful souls) while having a good time. So lets get this show on the road already shall we? Kicking off the first blog post with a lekker local activity – supporting our very own Hemelbesem at the Artscape Theatre for the Afrikaansvatter show.

This past Friday the 29th May, we braved the Cape Doctor and headed out to the heart of the bitter cold, the Cape Town city centre. Now I’ll be the first to admit, I was more than a little sceptical when the better half suggested we go watch a group of local and Afrikaans hip hop artists perform. But boy was I in for a surprise. To start with, the foyer of the Artscape was filled with familiar TV faces like the artist Emo Adams and Brendon Daniels of the hit Four Corners movie. That in itself was a good sign as it’s always nice to see local supporting local.

The show kicked off with the main attraction, Hemelbesem doing his thing on stage while breakdancing, graffiti and even tattoos (yes you read right) were being done in the background. The supporting acts; Die Hooflig, YOMA, Linkris and Meli Grey blew the crowd away with their lyrical poetry. I have never heard the Afrikaans language being used so powerfully to highlight the struggles people living on the Cape Flats face every day. Both thought provoking and with a beat, it wasn’t long before the Take Note Band had the audience (including me!) on their feet clapping and jamming along to the tunes! Might I add, an artist who leaves me yearning for so much that I run out to buy his CD straight after the show is indeed good! 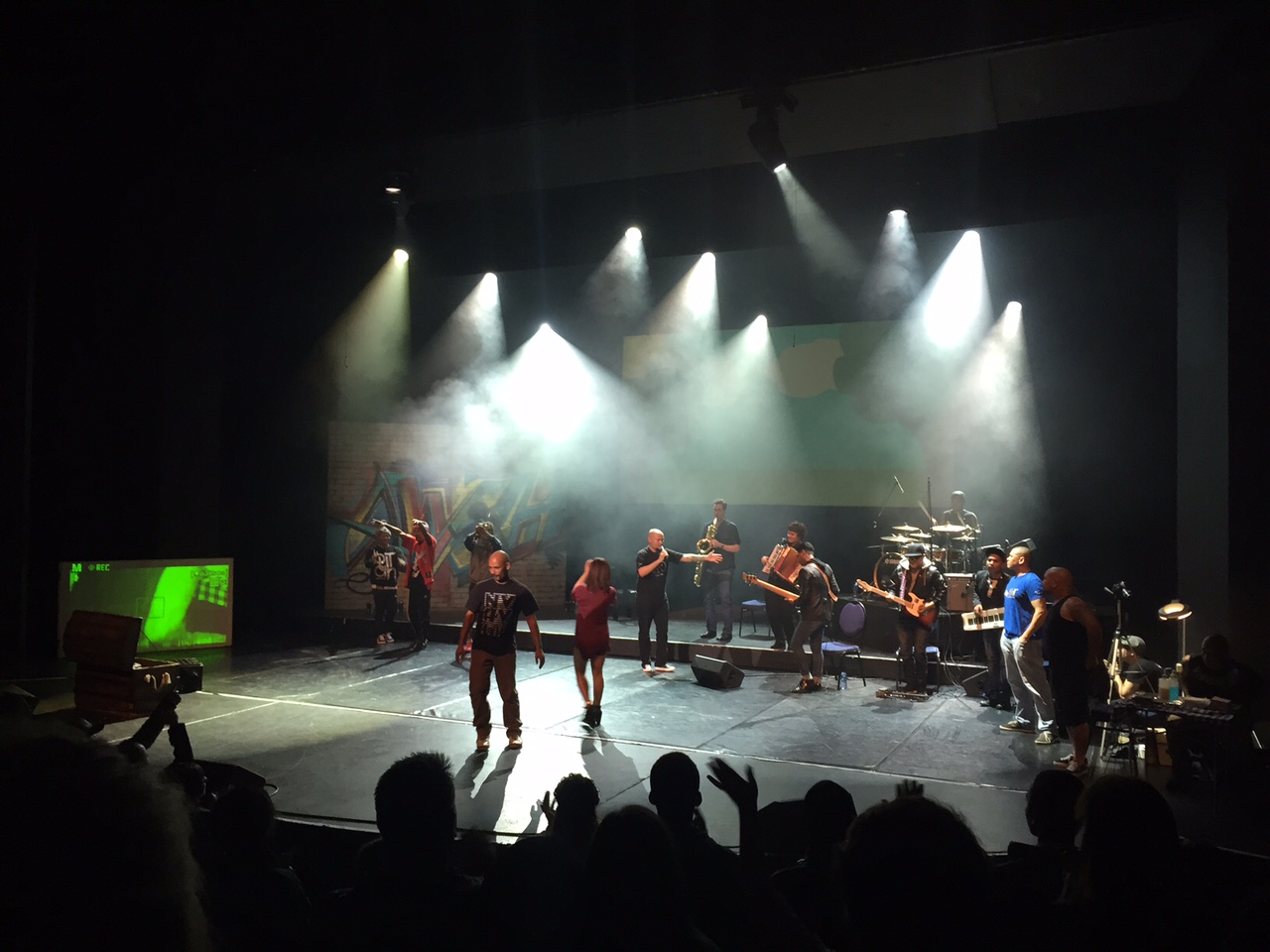 All this for the budget friendly price of R60 per person for a 2 hour show is well worth it. It’ll leave you entertained but definitely not broke as those international acts tend to do. So support local and head on over to the Artscape theatre next time you see a show advertised in the local paper. Take it from a former sceptic, you won’t be disappointed.