If there’s one thing that scares the crap out of me, it’s heights! So I don’t know what I was thinking when I came up with the idea of zip lining in Elgin. I’ve been wanting to do zip lining for years but something would just come up every time we wanted to go. Last weekend though when hubby asked what I’d like to do, I decided that’s it – it’s now or never!

So off we went to the Hottentots Holland nature reserve in Elgin for our zip lining adventure. As soon as we arrived we had a safety briefing session with our Cape Canopy tour guide and I must admit, that already had me strrresssed out! It seemed as if there was just too many things to remember and watch out for but I didn’t let that deter me as I’d come for my long awaited zip lining tour dammit! I was the first to get strapped into my safety harness as the rest of the group ran for a cigarette and the toilet (the nerves were shot!). My zip line look had me feeling like the Lara Croft of the Overberg.

The 30 minute 4×4 trip to the starting platform was one bumpy ride and an adventure on it’s own but it did wonders to loosen us up by having some laughs. When we arrived at the first platform I was once again the first one to take the first slide which was exhilarating to say the least! It feels like you’re soaring in the sky with the birds and becoming one with nature as you go from one slide to the next, deeper and deeper into the valley. The guides are also very helpful in pointing some attractions (like waterfalls) out which you would otherwise miss due to being too focused on the slide itself.

As we hiked back to the 4×4 after our last slide, we walked alongside king proteas and overlooked the beautiful Elgin Valley. Another bumpy 4×4 ride later we were back at the base and were served the best springbok pie ever before heading home. Zip lining in Elgin was flustering, terrifying and absolutely amazing! It’s definitely one thing you should have your bucket list if you don’t already. 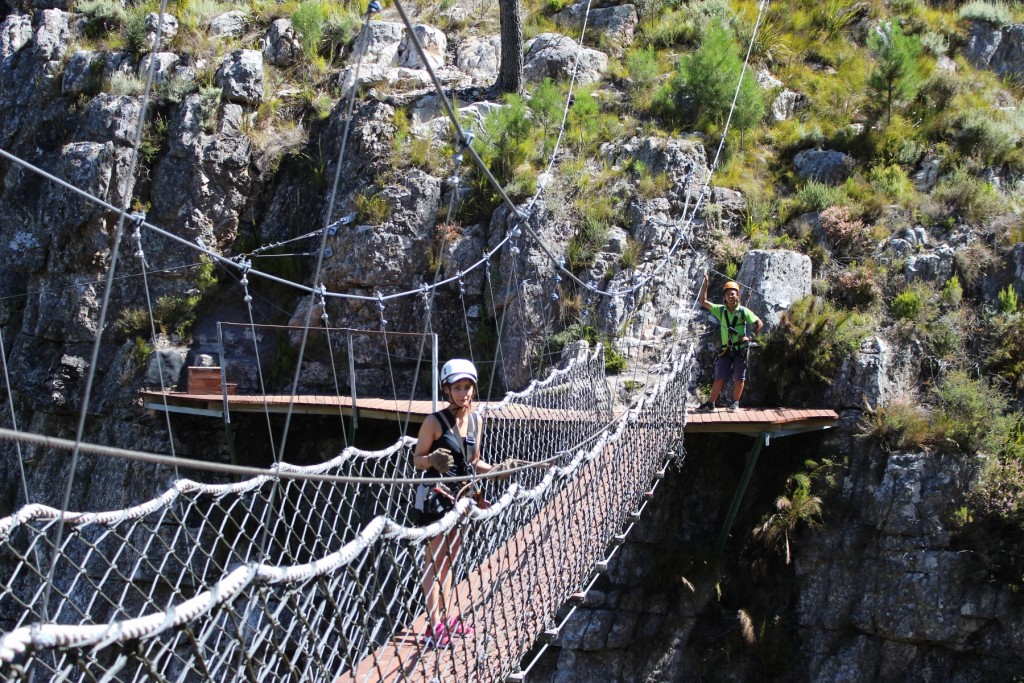 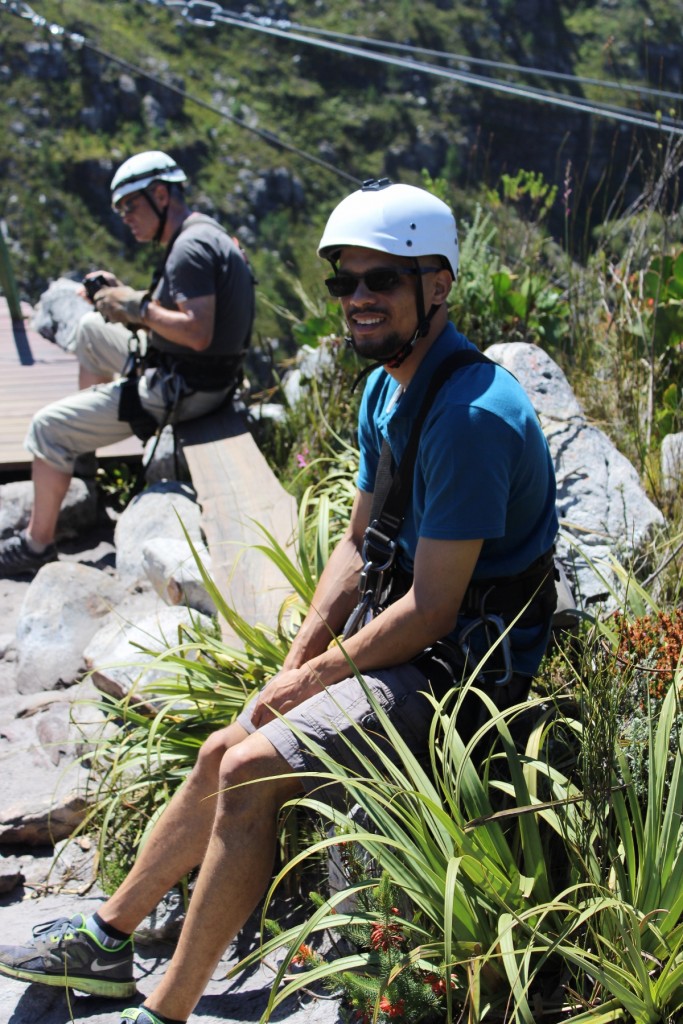 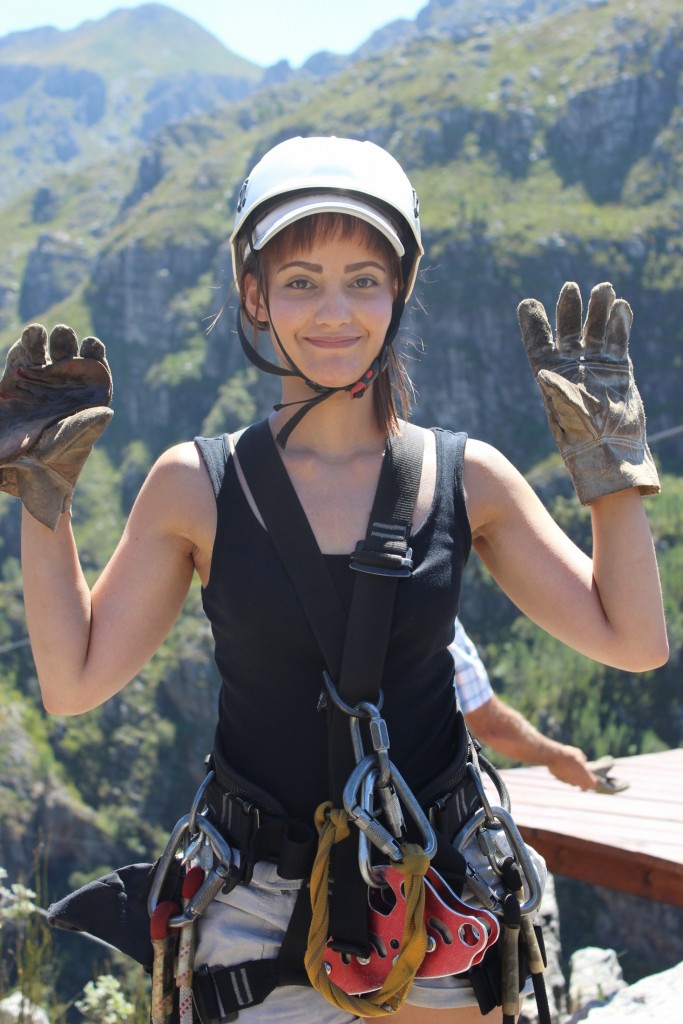 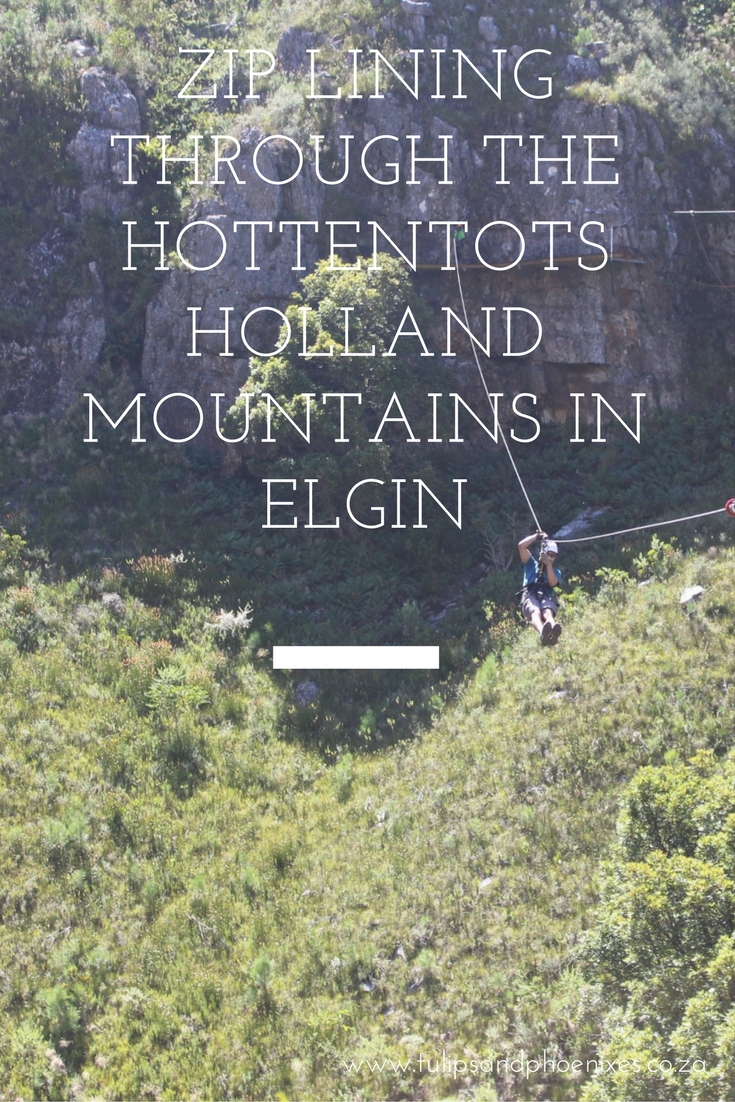 5 Replies to “Zip Lining in Elgin”