We usually try to sleep in on our days off from work otherwise what would be be point of it if you’re up at the crack of dawn. But Sundays are an exception. Last Sunday after church, we were contemplating where to find a good spot for breakfast. I despise bustling malls so I suggested the old faithful Durbanville Wine Valley. Once on Contermanskloof and Vissershok roads we started weighing our options and settled on Ke-Monate restaurant on the Signal Gun wine farm. 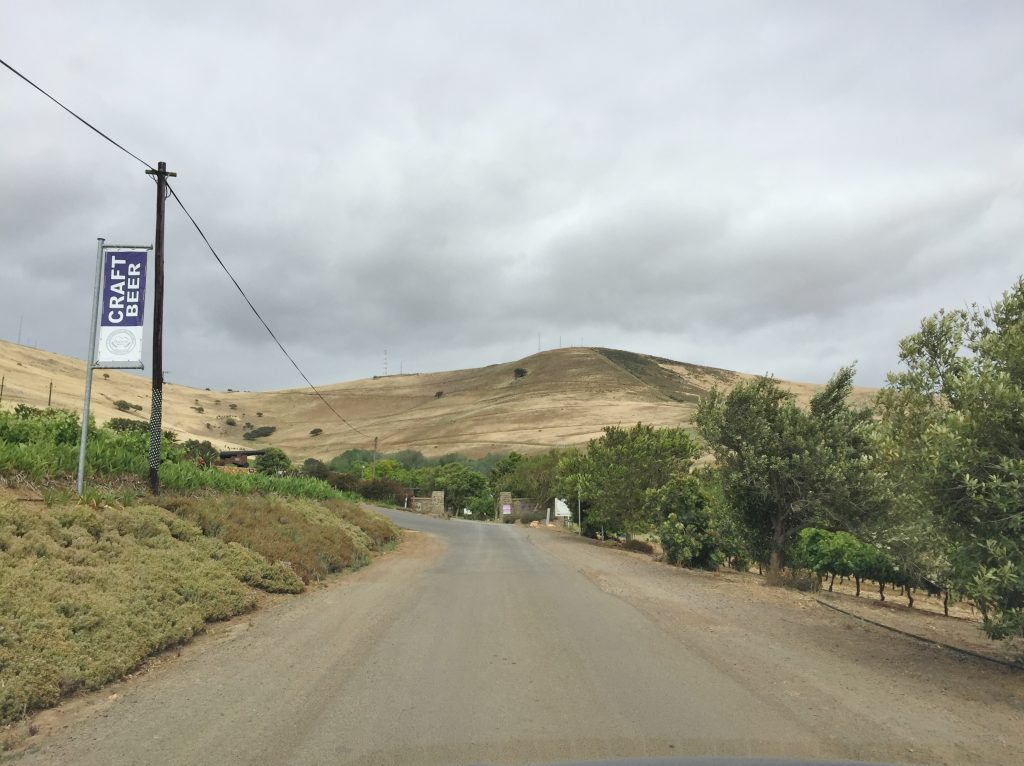 Admittedly, Signal Gun did not look very appealing from the narrow little road leading up to it. If anything, it looked like a barren land. I panicked. That panic disappeared as soon as we took the turn to the Ke-Monate restaurant parking. Lush green gardens and sweeping views awaited us at the top with winding stairs leading to the restaurant. Now that was more like it! 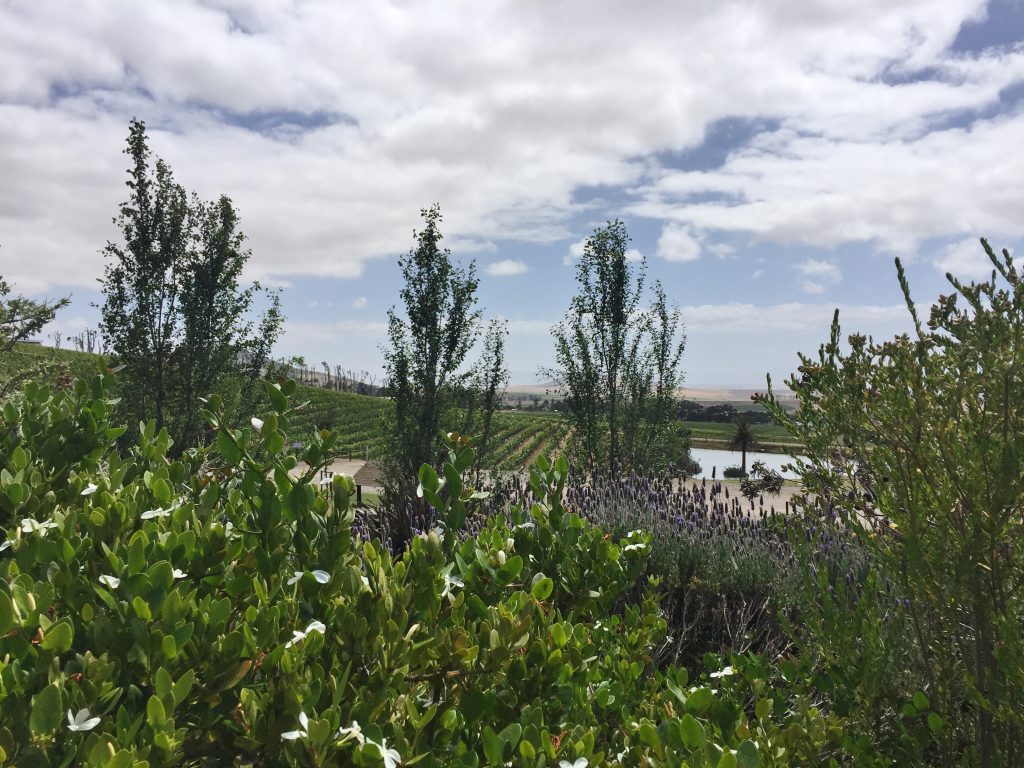 The Cape Doctor was out in full gale force winds so we opted to be seated inside the restaurant. Decaf cappuccino and hazelnut latte set us off while we browsed the menu. The views from the Ke-Monate restaurant are really what sets it apart from the rest. The gardens are breathtaking and creates a tranquil backdrop. I’m having a bit of an obsession with french toast and honey at the moment so that’s what I decided to go for while hubby chose a traditional breakfast. Breakfast is served with the restaurant’s signature Brioche Spent Malt bread which is made on site from the Spent Malt of the wine farm’s brewery. The bread has a distinctive yet homemade flavour which rounded off the usual breakfast ingredients very well. 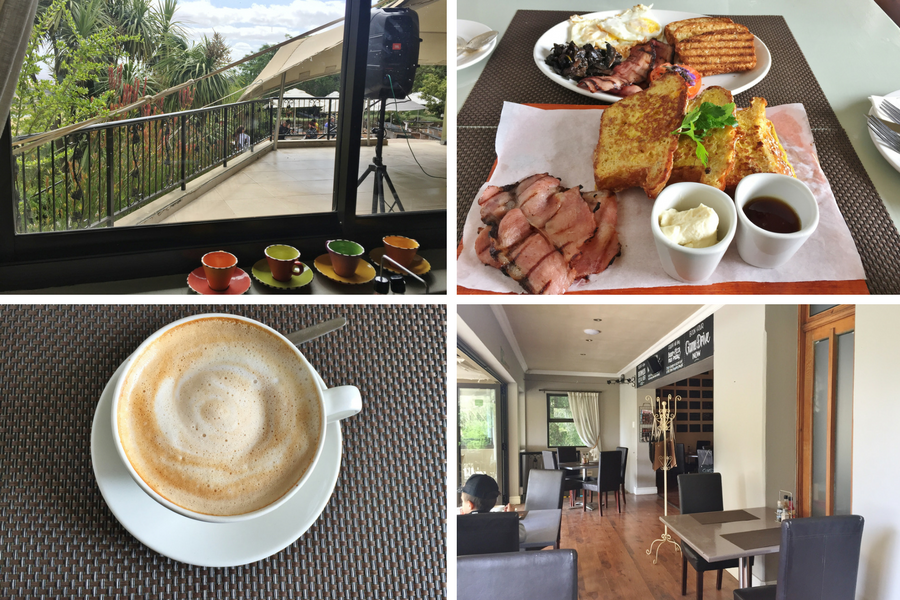 After breakfast we walked through the gardens as the wind had died down a bit. The outside seating area is beautiful and has a good view of the 300 year old canon which is fired at noon on the first Saturday of the month. Ke-Monate is very reasonably priced and also offers pizza and wine pairing which is particularly popular. The restaurant is also child-friendly with a jumping castle to keep the kids entertained. 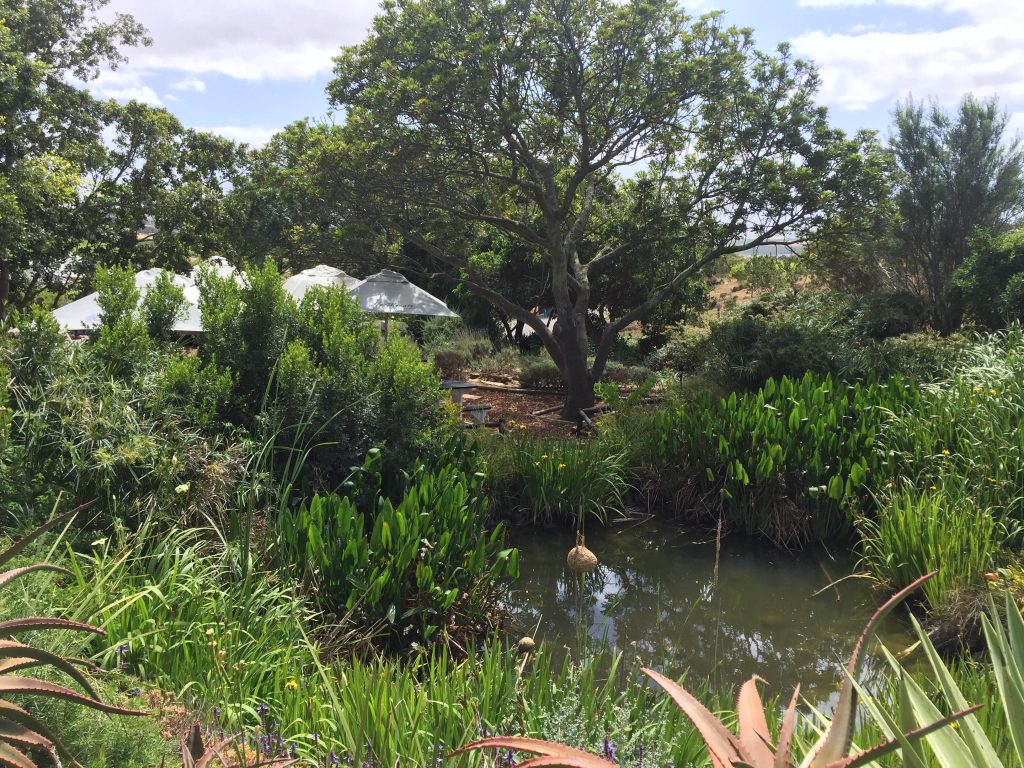 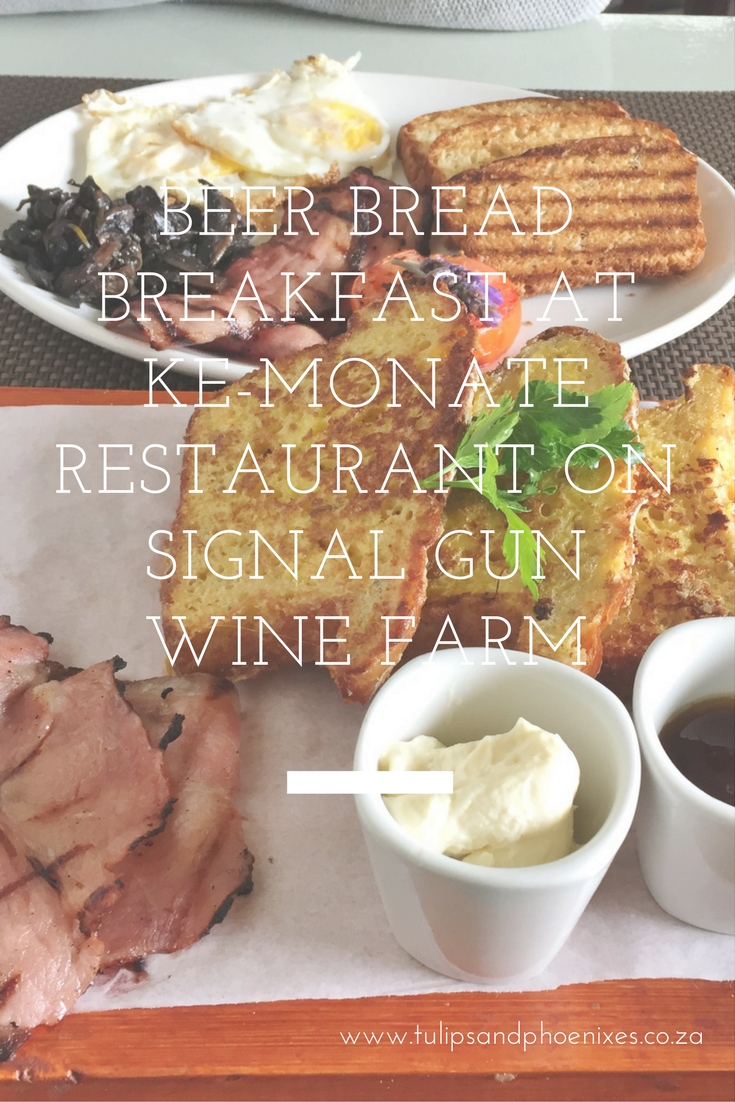