Chinchilla rooftop café and bar is the latest addition to the chic Kove Collection of restaurants. The new eatery faces some stiff competition from other rooftop bars in Cape Town but being the first of its kind in Camps Bay definitely gives it an advantage. Chinchilla has only opened its doors in November 2017 but is already creating a stir as one of Cape Town’s hottest new rooftop restaurants. When an invitation landed in my inbox, I made a date with hubby and went to see what all the fuss was about.

But first, cocktails and views

Situated on the second floor of the Promenade Building on the Camps Bay Strip, Chinchilla is the ultimate spot for cocktails in Camps Bay. The view from the café over Camps Bay beach is magnificent and stretches as far as Lions head and the 12 Apostles. The deep house tunes played by the resident DJs adds to the great overall vibe and one cannot but relax and unwind.

And what goes well with Cape Town views? Cocktails of course! I started out with the Watermelon G & T which was very light and quite steeply priced at R150. Afterwards, I decided to move on to my old favourite – a classic Mojito (R75). This cocktail didn’t disappoint and was perfectly mixed. Chinchilla has a fairly standard café food menu; the pièce de résistance is definitely their cocktail menu – created by in-house mixologists. 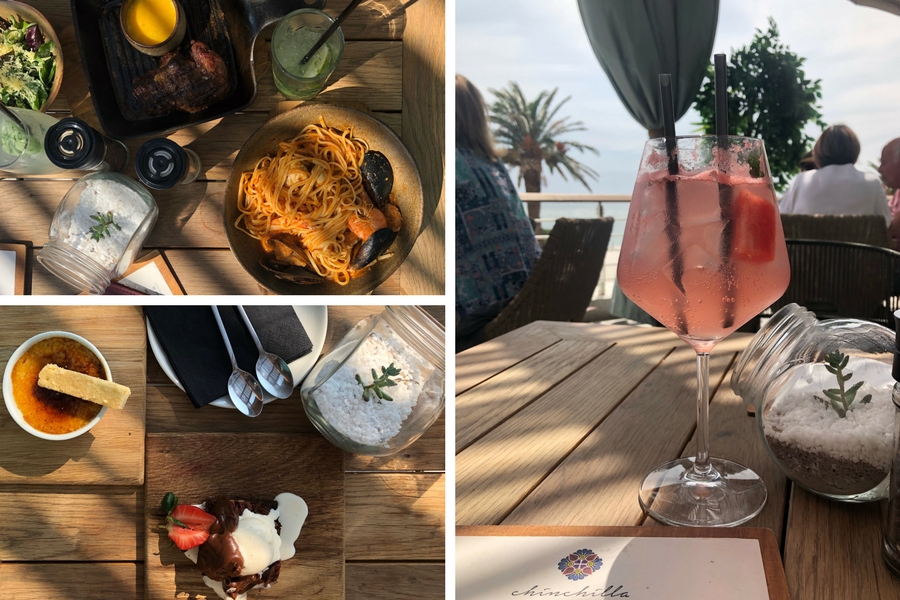 We skipped the starters and went straight to the mains. I went for the seafood linguine (R140) – shallots, mussels, clams and white fish. Of course, Mr G went for the Steak Bérnaise with a salad side (R220). One thing I appreciated was the portion size which was just right. I’m not one for spicy food therefore the pasta my perfectly seasoned in my opinion. And the only thing my husband added to his steak was a dash of salt. 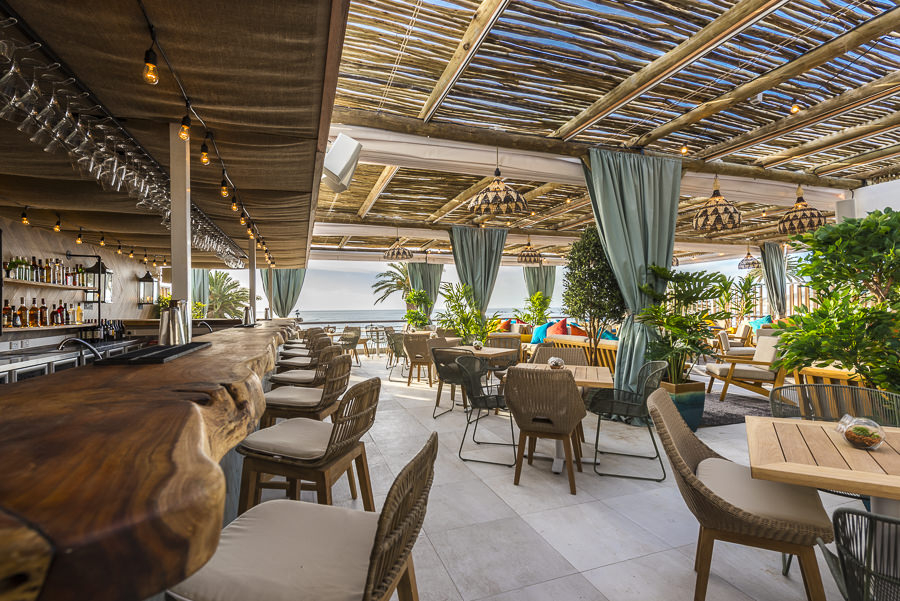 The service was a bit slow on the day of our visit and it was quite a long wait between orders. This could possibly be excused because they were experiencing the Sunday rush at the time we arrived. Having said that, reservations are highly recommended (if not essential) to avoid disappointment. Chinchilla caters for the refined patron and their menus are priced accordingly. Therefore, prepare to rake up a hefty bill if you’re going for sundowners and a meal.

**I was invited to review Chinchilla Rooftop and Bar – as always, all opinions are my own, uninfluenced and completely honest.